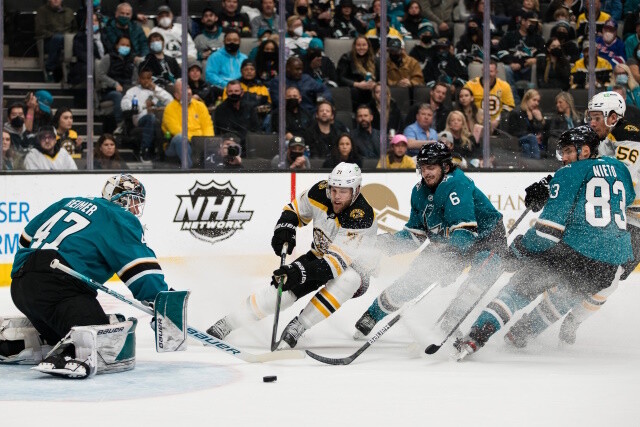 Ryan Boulding: Grieer on MacDonald: “Jacob is a versatile veteran player who has been an All-Star at the American Hockey League level and will add depth to our NHL line-up.”

Thoughts from the media

Corey Masisak: “Jacob MacDonald was toiling in the ECHL when NJ gave him a chance in the AHL in 2016-17. He instantly became a great offensive D-man at that level. He’s got 74 GP for the Avs over the past 3 years. Could be a 6/7/8 for SJS or be what Merkley was supposed to be for the Barracuda.”

Kyle Ferguson: “Nieto returns to Colorado where he played for three-plus seasons (2017-20)”

Meghan Angley assumed … “Merkley is a young defenseman who wanted change of scenery and a change of scenery might be exactly what Kaut needed. He will have more opportunity in San Jose. Nieto fits Avs system so well, great depth addition with Helm’s status TBD. I am thrilled for all involved.”

They far better possibility the an NHLer and an even worse possibility for an AHLer … and no choices.and locate a method

Bet the Avs make to job … Merkley currently he has and as an advisor also. Makar